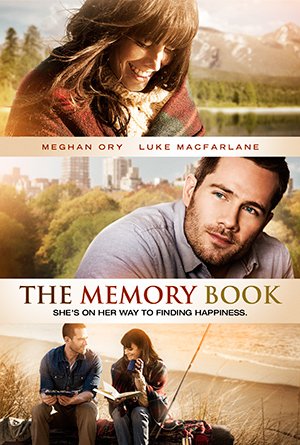 Have I mentioned how addicted I am to Hallmark?

I found this on youtube by accident and fell in love with this beautiful and sad story.

I emulate with Chloe who doesn’t want any part of love because it doesn’t seem to exist or last. She meets this bartender ‘kitchen sink’ kind of guy, Gabe, who helps her with finding the owners of this Memory Book which is so full of love that she thinks maybe it can happen.

I don’t want to spoil it, but it doesn’t go well, the end is Hallmark happy, but there is a lot of heartbreak in the meantime.

I have had days where love didn’t exist for me, and not in the terms of I don’t have a boyfriend kind, but in the terms of choosing to say that love can’t happen. Which in hindsight is hilarious because of the whole God saying he IS love thing and me being you know, in love with him. Ha, oh so many puns I want to make with that.

The thing that stood out in this story was that Chloe meets someone she clicks with and then chooses to walk away.

Being with just anyone isn’t okay.

Finding someone you click with and running away in fear, isn’t okay either.

She had NO drama with him. She was just afraid that it would eventually die.

I haven’t found anyone I click with, had certain qualifications and I felt safe with. Sometimes I get one and on a rare hot sunny day in England I get two, but three is still the goal.

I often wonder if my standards are off, but then I look at movies like this and think, if I settle for two of those things and not wait for three then I really will be losing love.